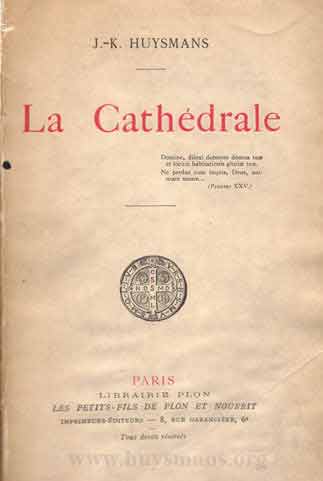 ’Huysmans’ The Cathedral.’ This hostile review by W L Courtney was included in his book The Development of Maurice Maeterlinck and other sketches of foreign writers, published by Grant Richards in 1904.

The Quarterly Review, ’The Cathedral in Fiction’. This comparative essay by W H Hutton, published in April 1923, looks at how the cathedral is treated as a theme in European fiction.